Small country with a high standard of living

One of the most densely populated countries in the world

Many beautiful cities as Amsterdam, The Hague, Rotterdam and Utrecht

Beautiful city with a rich history

Medical care in the Netherlands

Working as a doctor in the Netherlands 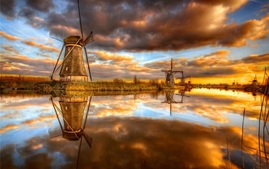 The Netherlands can be seen as one of the most important gateways to Europe. It has approximately 17.5 million inhabitants and a relative small surface which makes it one of the densely populated countries worldwide. Despite it’s modest size, the country houses the largest port in the world as well as one of the busiest airports in Europe. A large part of the population lives under sea-level.

The Hague plays a prominent and important role in the international legal domain given its four international tribunals and Europol. The Netherlands has a temperate climate with mild winters and cool summers. The Netherlands is a prosperous country with an open economy that is mostly driven on export. For example, the country is, in absolute terms, the third largest exporter of agricultural and horticultural products.