One of the most prosperous countries of Europe

Continue your career in Switzerland

Many new developments in the healthcare sector

Many possibilities in different states

Generous salaries for both GPs and specialists 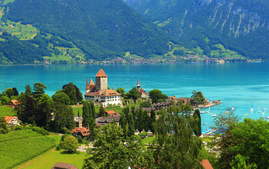 Switzerland is an inner state with an area of ​​41 284 km² and about 8.1 million inhabitants ( June 2014 ). Administratively, it is a federal republic consisting of 26 cantons. Switzerland has no official capital, but Bern fulfills that role in practice and is also officially designated as ” union town.

It is also where the federal government has its seat since the creation of the federal state. Switzerland has a history of neutrality: in 1815 by the Congress of Vienna the perpetual neutrality of the country was recognized by the European powers. It is not a member of the European Union, but economically it depends heavily on the EU.

View all our vacancies in Switzerland